Tchotchke set out to do things their own way -- they put out the Christmas song Cold and Lonely Winter as their first release. Followed by a 4-track EP, Lost & Found, in June’16, which got a huge amount of interest and positive reviews.

Tchotchke have been championed by Nick Roberts, who has played their songs on his BBC Introducing show many times. The band have also been played on alternative radio in the US and Europe.

Tchotchke have played shows with other exciting emerging bands from the North East music scene including The Noise and The Naive, Swine Tax, Slurs, Parastatic and Twist Helix among others. They also supported The Primitives, Hers, Annie Hart of Au Revoir Simone and Canada’s The Dears at the O2 on the Newcastle leg of their UK Tour.

Reviews "They produce such a beautiful sound with oodles of shoegazey goodness, a touch of Sonic Youth’s indie-rock and plenty of lush melodies all over the place." Parastatic / NARC Fest

“Tchotchke produce gorgeous dream pop that’s brought acclaim from BBC Introducing amongst many others. Having opened this year’s Evolution Emerging on the back of their Lost & Found EP, Tchotchke might just be one of the most promising new bands in the region” – Endless Window

"There are elements of Blackflower’s shoegazey style, particularly in the breezy By Heart, with its delightful chorus and a melody that makes you want to sway gently, staring into the distance; but then there’s the twinkly synth and sprawling guitar howl of EP opener 50,000 Miles, where Leon’s soft vocals take a backseat to the nagging guitar lines. Turn Yourself Around’s fuzzy rush of guitar and the epic Blue Monday’s gentle strains of languorous percussion mean that Lost & Found is an eclectic affair, and that may have something to do with the vast array of music he finds inspiration in." – Narc Magazine

"The local band (Washington, I think) turned plenty of heads at Evolution Emerging with little wonder as they play the kind of inventive indie-rock that you'd be proud to give a home to. This four tracker is simply splendid: from the expansive wide-screen theatrics of 50,000 Miles to the undercooked bliss of By Heart to the garage drone of Turn Yourself Around to the fried lullaby of Blue Monday. They're a band who turn their gaze away from their shoes and up to the stars." – The Crack Magazine.

"Phenomenal new E.P. from this Newcastle, Upon Tyne based project. Opening track "50,000 Miles" is a melodic blast of energetic rock n roll and features one of the best hooks I've heard in sometime. The atmospheric tone of "By Heart" adds a soothing element to the mix while "Turn Yourself Around" is an indie pop banger backed by a powerful beat and captivating chorus. Layers of shimmering synths move with liquid like flow throughout their highly crafted rendition of Neil Young's "I've Been Waiting For You" before giving way to closing number "Blue Monday". No it's not a cover of the New Order classic but a highly textured ambient piece that reminds me of a lost Eno/Lanois collaboration. A unique and inviting E.P. that really sparks my interest and leaves me wanting more." – Custommademusic

By signing up you agree to receive news and offers from TCHOTCHKE. You can unsubscribe at any time. For more details see the privacy policy. 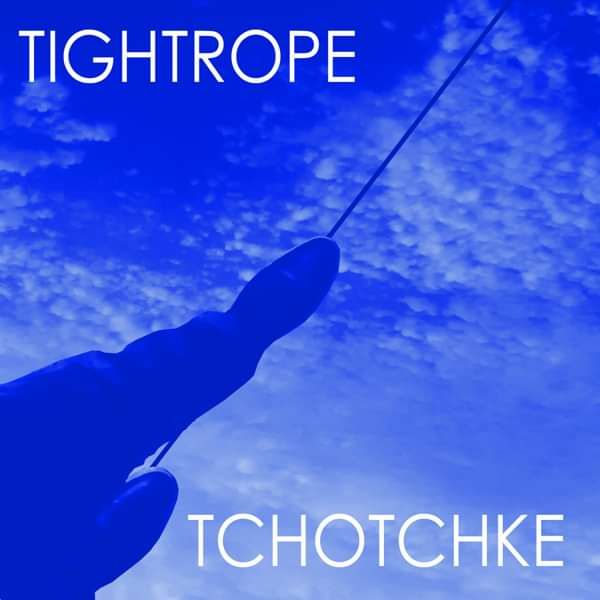